Rook's Story feels unfinished to me. 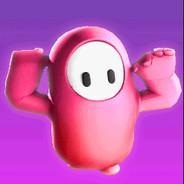 By Proteus Effect,
June 19, 2020 in [Griftlands] - Suggestions and Feedback