"let base in caves?" A love story. 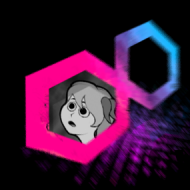 By maradyne,
November 11, 2019 in [Don't Starve Together] Tales of Life and Death