Custom Character Some Crashes On Start Up 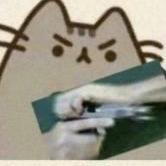