Why they cant take garbage? 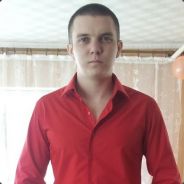 By avshkabura,
April 13, 2019 in [Oxygen Not Included] - General Discussion