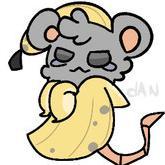 The Sniper from TF2 in Don't Starve.

Has custom sound and speech lines.

Known issues:
Currently only has script lines for DS and RoG

Notes:
Jarate has been altered due to water balloons (and their throwing arc) not existing in singleplayer.
The Kukri, Tribalman's Shiv, Bushwacka, and Shahanshah can hack stuff

Credits:
Dragon Wolf Leo for Extended Sample Character
Valve for TF2 and the Sniper
ZupaleX for initial damage modifier creation
IronHunter for the modification of the damage modifier as well as getting Jarate to function
DudeDude for the Starver's Carol midi
CheeseNuggets and Jack for the Jarate's anim and script
Nurd for some screenshots
DarkMatterZero for helping me with the Shahanshah
Hank for some bugtesting
<defualt>'s The Soldier mod for some of the (former) code used in the item skins

Crafting Jarate Darts and Huntsman Darts now produces 4 of the item, like in DST.