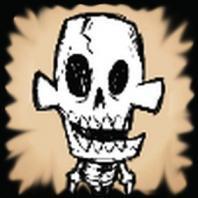 Playing a round as Webber in solo offline mode & also one in online mode... In both DS & RoG, I'm used to the option to run close with a spider army to other spiders or mobs, initiate the attack & pull back so as not to hit the target, but still invoke the attack command for my spider army. This is useful when trying to start a spider war amongst a huge group of dens & not getting the aggro from all non army spiders.

I initially thought this was maybe nerfed for DST, but since I also have the game on Steam, I tested it out there... Result is that it is still a feature, although not as easy as in DS & RoG PC versions where you can literally command & attack from real far with a mouse click. You have to be close for the attack to be invoked, but with enough time to pull out.

I'm not sure if this is related to the lag on actions bug I reported 2 days ago?

EDIT: I've done more tests my side & managed to get the attack command to work, so it seems to be related to the lag on actions as per my previous report.

Steps to Reproduce
Play as Webber in DST solo or mp...
Followers 0
Go to bugs