I don't know how exactly this happened. I ordered my dupes to uproot a Wheezewort and to sweep the seed. It was in area where they were really at the edge with breath so it's possible that they dropped it because they decided to go catch breath. In any case, I found the seed split into two parts, 0.99 closer to the base, and 0.01 slightly further away.

It's also possible that they're parts of different seeds, as there were more Wheezeworts and at least two seeds have already been removed from the biome where they grew. 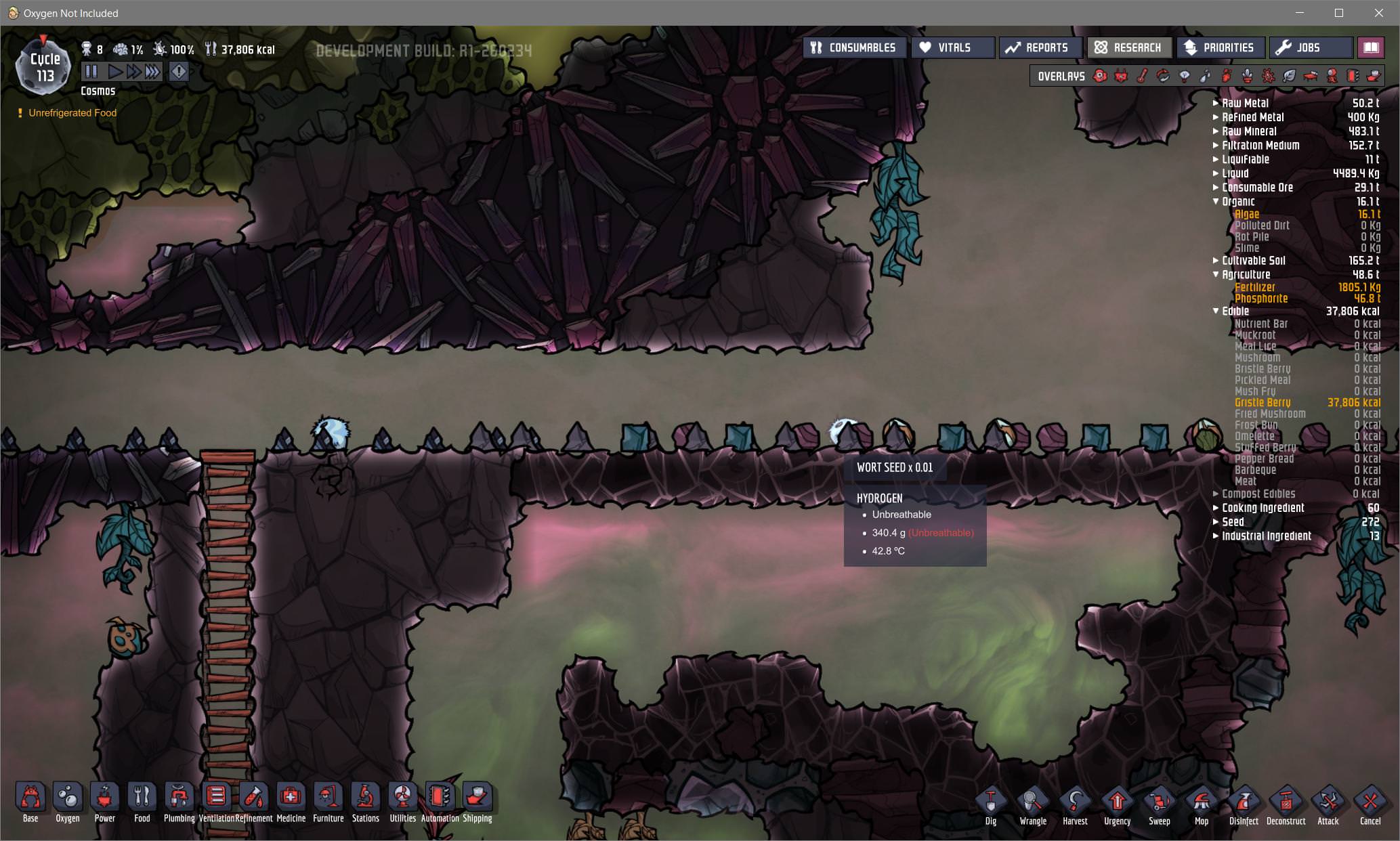 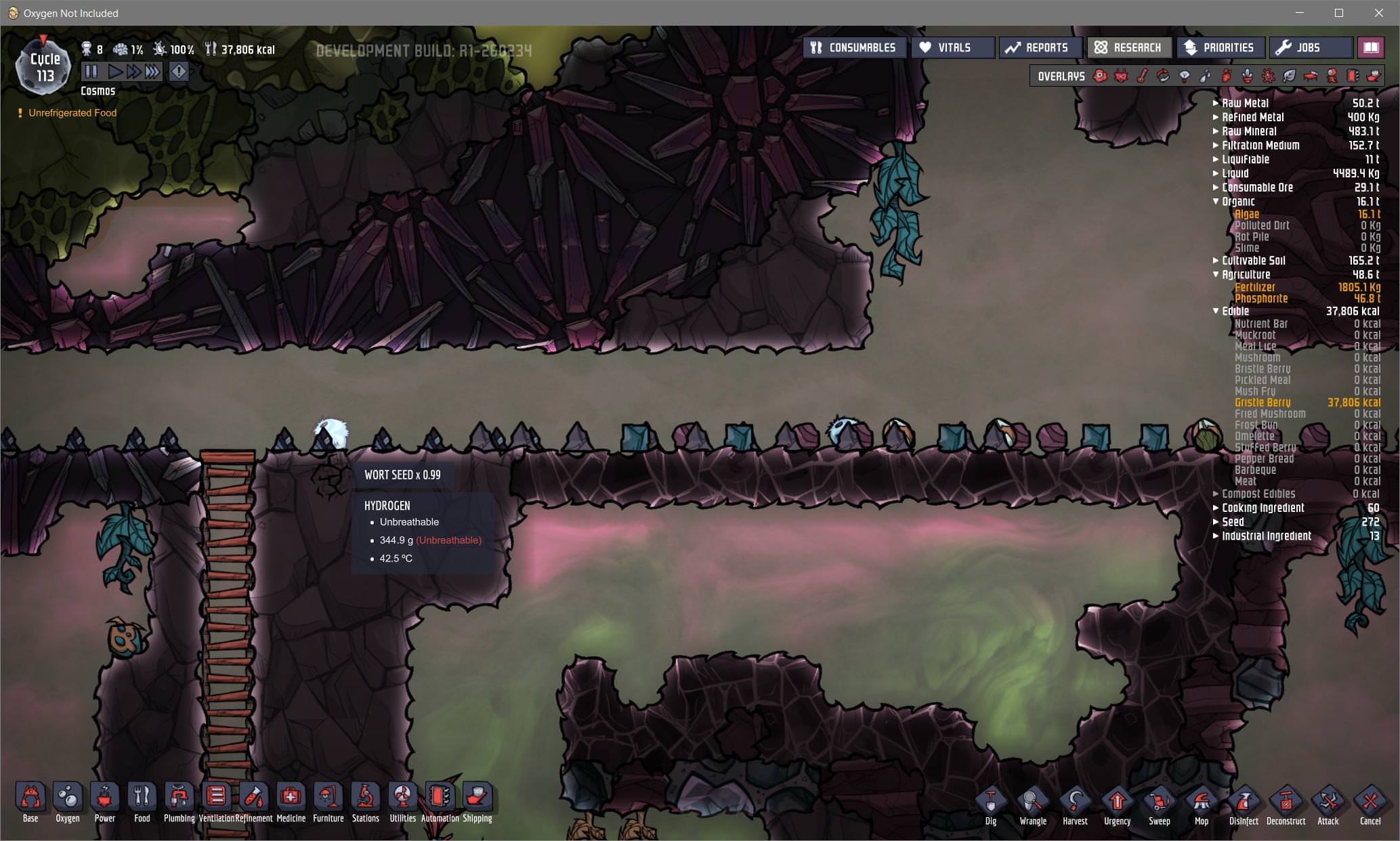 Steps to Reproduce
Not certain, check the attached save.
Sign in to follow this
Followers 0
Go to bugs