A short while back, there was a bug that caused some dupes to have near-limitless skill points. When using the Skill Scrubber on them, not only will all their gained skill points be lost, but they also won't gain any EXP at all. Poor Nikola... He won't be able to build the planet-destroying death laser, or the defense building that hilariously electrocutes any non-Soviet enemy who dares approach. 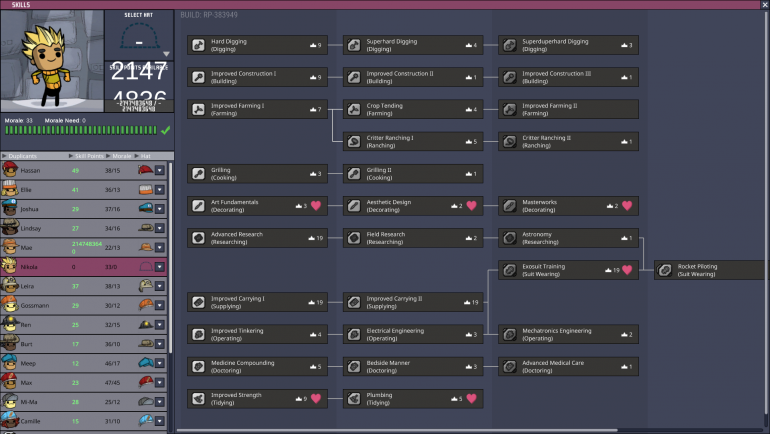 Steps to Reproduce
Use Skill Scrubber on a glitched dupe.