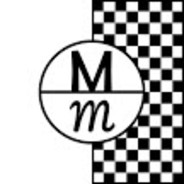 Hey guys, I have been trying to learn how ventilation systems work in sandbox mode and had saved the game right before the gas pump activates, which causes the entire room's temperature to horribly rise, making everything inside it melt. Sometimes the game would crash as soon as the game is loaded and unpaused while in rarer cases the crash didn't happen and I get to witness the entire area's temperature rise above 20,000°C and all surrounding terrain and gas to heat up, making some of the rocks to melt to magma unto the bottom of the little 'zone' I made. It's a little difficult to explain, so  I've added my save file as an attachment. I'm just confused with whether this is a bug or not or whether I did something horribly wrong.