I have a 68 gram block of steam in a non insulated gas pipe. It was stuck for some time due to a broken pipe and I've released it. It's in the set of piping in the oil biome, making its way upward, in the save attached to

This might be a related issue as far as calculations under a certain weight, but it does have heat transfer and cools/heats during its transition through the piping. I expect it at some point to break the pipe and leak out as water, but it does not. 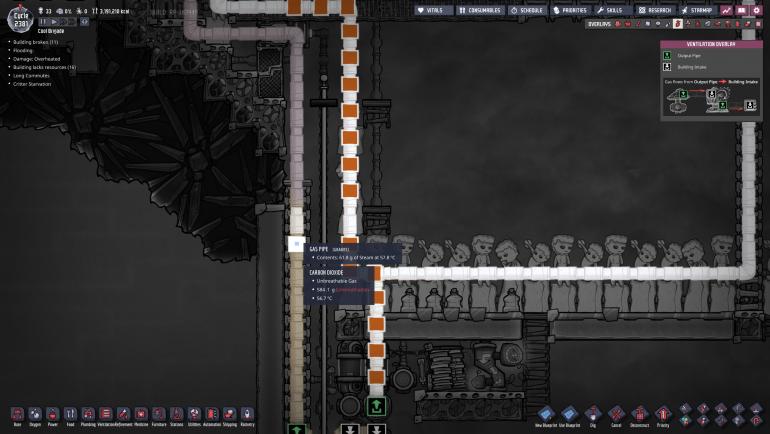 Steps to Reproduce
Connect/fix piping (not sure of exact state of save) on the save linked so that steam flows upward toward main base. It should leak out as water and damage ductwork, but it does not.
Sign in to follow this
Followers 0
Go to bugs