Problems with the Power Control Station 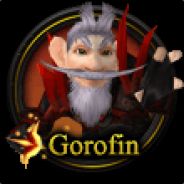 I build a Power Control Station with 3 Coal Generators and 1 (+1 backup) Hydrogen Gens.

* The Engineer install the Microchip and the Hydrogen Gen stopped working (insufficient resource).

* A automatic Battery start/stops the coal gens. That works well. But the engineer wanted to work on the generators stopped working when they were stopped by the automatic battery.

* There is no graphic feedback that the optimization is installed, I don't find a text about the better power output, only 5 kg Microchip is in use.

* The existing microchips that are lying around, should be used before building new ones.

Steps to Reproduce
I destroyed the Hydrogen Generator, build it again, it worked again, untill the chip was installed again.
Followers 0
Go to bugs