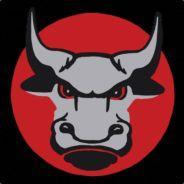 Not sure if Klei considers this a bug, but I certainly do.

Basically, in the base game the rate of polluted dirt off-gassing appears to have been significantly reduced AND the polluted dirt sublimator was not brought over from the DLC.

Prior to this patch, a full debris tile of polluted dirt would off-gas at a rate of something like 24 g/s when it wasn't over-pressured. Now, the off-gas rate for a full 25 tons bounces between 0 and 16 g/s but spends the majority of it's time at 0 g/s.

I totally understand why you nerfed the rate of pDirt off-gassing in the DLC since there's so much of it in the swamp biome, but you also included the polluted dirt sublimator to compensate.

Please either add the sublimator to the base game (like the other non-radiation, non-rocketry tech) or revert the change to polluted dirt off-gassing for the base game only.