tl;dr Oil Well was working just fine for a hundred cycles or so, then got stuck at 100% backpressure

I put an Oil Well on a Reservoir that was under a few tiles of existing oil in the oil biome, and confirmed one or two backpressure relief cycles worked (ie, natural gas and a bit of steam were coming out), and then left it to run for a while while the natural gas built up.

A long time later, my oil biome was half full of steam (and only traces of natural gas) from the Oil Well being at 100% backpressure for I-don't-know-how-long, and doing nothing but vaporizing water. I thought the amount of oil surrounding the Well was the problem, so I created an empty space around the Oil Well, but my dupes still would not relieve the backpressure, no matter what the %-setting on the Well was.

Rebuilding the Oil Well with different materials/%-thresholds doesn't fix it. Restarting the save, the game, and my computer doesn't fix it. The only workaround I have is to deconstruct the Oil Well and build a new one, wait for the backpressure to build to 100%, and then rebuild the Well again.

- Dupes can path to the Well

- Standard game with no mods or anything strange

Save file and dxdiag included, output_log.txt hasn't been modified since November of last year so I left it out. 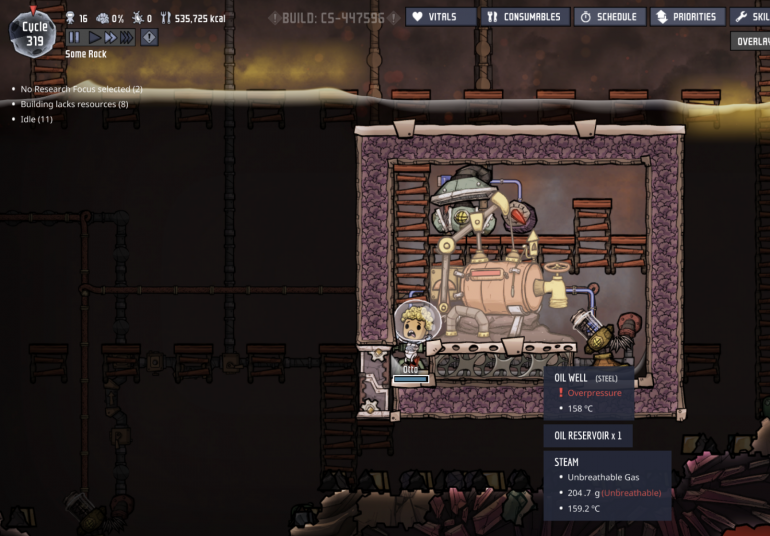 2. Set backpressure threshold to any value