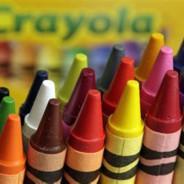 Oxygen not Included tends to use extreme amounts of RAM over a longer period of time. I'm using a Linux environment with 16 GB of RAM with another 17.2 GB of SWAP space(RAM on disk/ pagefile on windows if I'm not mistaken). My system nearly hard-locked multiple times because all of that was being used only by the game. In itself, the OS consumes AT MOST 1.5 GB of RAM.

Problem is, normally, if I play for 2 hours, save a couple of times, load a couple of times... and then I return to the home menu, closing my world, I should have the same RAM usage as if I just opened the game, but that is not the case here. The game keeps reserving more and more and more RAM as I play, without freeing it, and thus leading to a system crash sooner or later if I do not restart the game.

I have tested on a survival world with 500 cycles and a sandbox world with... a couple of cycles. Both will make the game hog all of the RAM at a different pace/timeframe.

I tried running with no mods, same effect, but the RAM was hogged at a slower pace (which means more load/save cycles were needed to fill my memory), I believe the log files have recorded my attempt.

I honesly have no idea what other technical is needed, I will be keeping an eye on replies, so if anything is requested, I'll provide it as soon as possible.


Play any world, no matter size or cycles; save/ load a couple of times and generally just play the game, watch the whole OS jam before your eyes.