I am reporting this as a balance issue.

(Before the community comments, I am aware engies buff has no adjustable priority bar on any generator, my intent here is the base value of tinker rather the implementation of a priority bar, I am also aware I can use doors to deny access to running the generator to the tinkerer duplicant while being able to apply the buff but that also stops them running the manual generator too when fully applied to all manual generators).

I have been doing all achievement runs for some time now (achieving anywhere between 6-10 full clears in vanilla so far) and have found a issue early/mid game where "manual generators" in their base "5" priority have a higher priority than the "Tinker" skill. Since I have to achieve 20 duplicants for one of the achievements, I am not short for duplicant power (Named runners/battery duplicants) for achieving super sustainable (and carnivore)

As the intented skill "Electrical engineering" is considered a specialist skill (applying engies buff), it is not a skill other duplicants (Specifically my runners/battery/any_other duplicants) will get at any time soon so a change to its priority will not affect the overall duplicants priorities if a change is implemented unless they build that specific skill tree (which is usually just mechatronics engineers mid/endgame).

Could we have the consideration of the "All operating skill" for "Tinker" raised from 0.62 to 0.631 so that it is considered higher than manual generators (manual generators priority being 0.63) so that a specialist duplicant will prioritise buffing the engies buff rather than running on the manual generator instead. 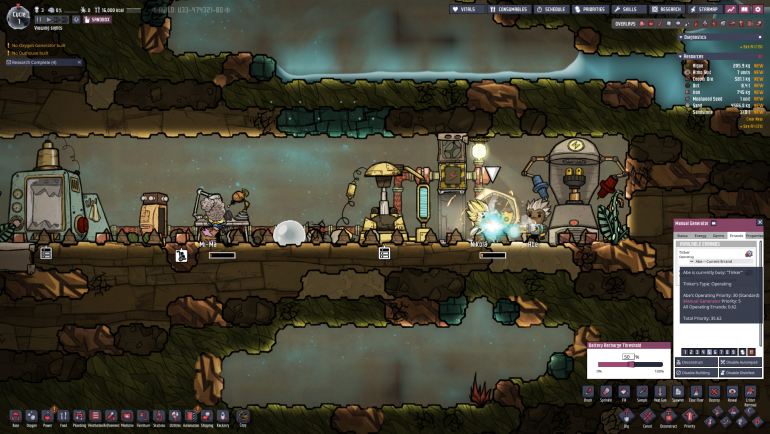 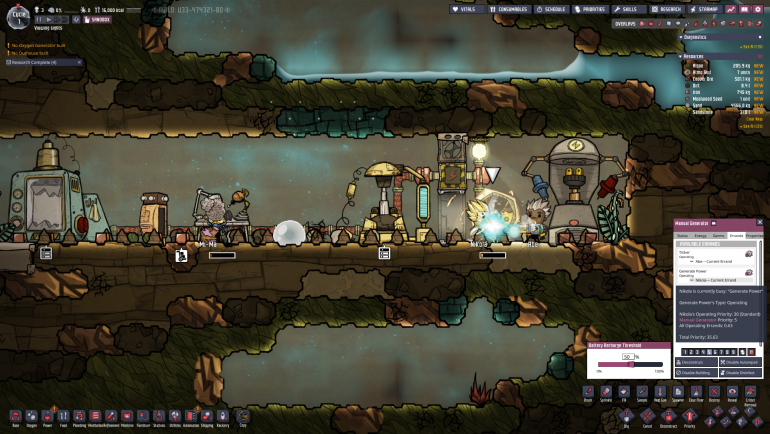