I played the game on early access in 2019 but downloaded the released version this week. Since playing the new version every time I start the game the screen is completely black except for the menu and the red error type icons (see Screen Shot 1), if I then try to load a different save or re-load the same save it displays most things properly but some items (cots, duplicant printer) and plants (here there should be a mealwood farm in the room with compost head and two bristle blossom ones above and to the left of that) as well as some creatures (there is a hatch farm with at least 5 hatches in the room to the left of the research stations) have become invisible. Duplicants can still interact with them and they function as normal but are just not visible. I can load older save games where some of these items are still displayed, e.g. cots and printer.

I have tried uninstalling and reinstalling the game twice but it has no effect. 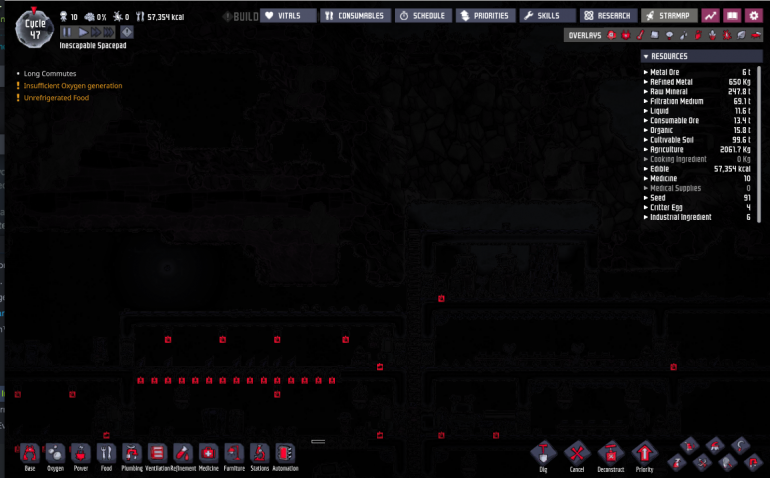 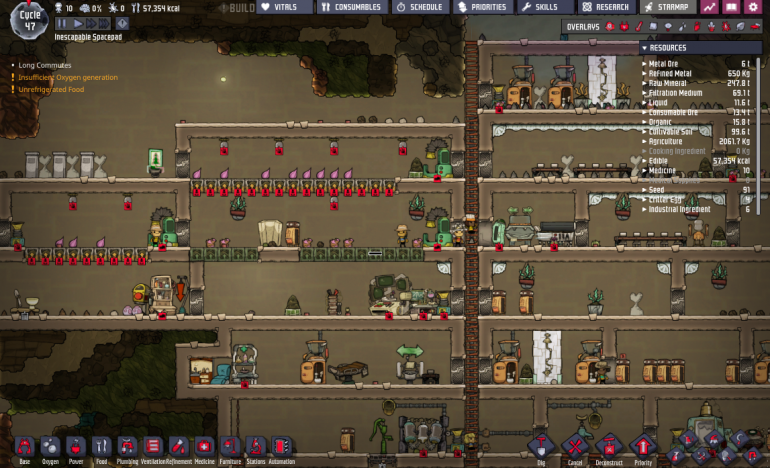 
Load any save file