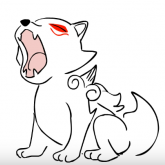 So, I start up the game, load my save file, and start playing as usual. But about 2~5 minutes in, my screen freezes. However, I can still click on things and I can still press buttons to do things. This bug is rather annoying to me and I don't know anybody that is dealing with the same thing.

Also to note: When I try to Alt+Tab out of there and go back in, the screen doesn't show. The desktop still shows and in the upper left corner it says "Oxygen Not Included"

Any help will be greatly appreciated, Thanks!

Alright so, I think I may have temporarily fixed it, I'm not too sure. But what I did was I went to Task Manager and I closed out EVERYTHING Steam related and started Steam up again. after it finished doing its thing, I went to the "Play" button and now I'm playing it for a much longer time. What I mean by that is I've played about 15 minutes through now without any freezes. I hope this helps out with anyone!

So I just now figured out that the game still freezes, it's just that it takes a longer time to freeze.

Steps to Reproduce
Start up game. Load save file. Wait for game to load. Unpause game and play for a bit. I try to expand and reproduce oxygen like normal. Maybe it's the fact that I have too many of the Air Deodorizers