I noticed that two of my dupes became stuck on flat ground, despite both having easy paths to the nearest ladder (pictures showing available paths attached). One appeared to be piggybacking on top of the other, and would not respond to any move commands or red alerts. They were only able to move again after I ordered the tile beneath them dug out, once they had done that they moved freely again and resumed their duties. 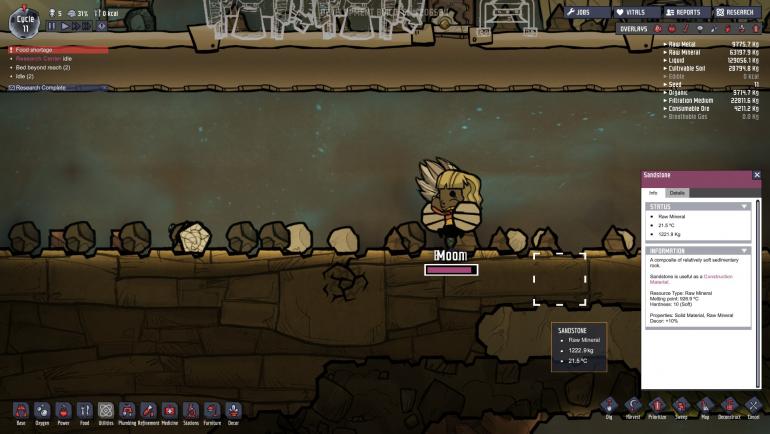 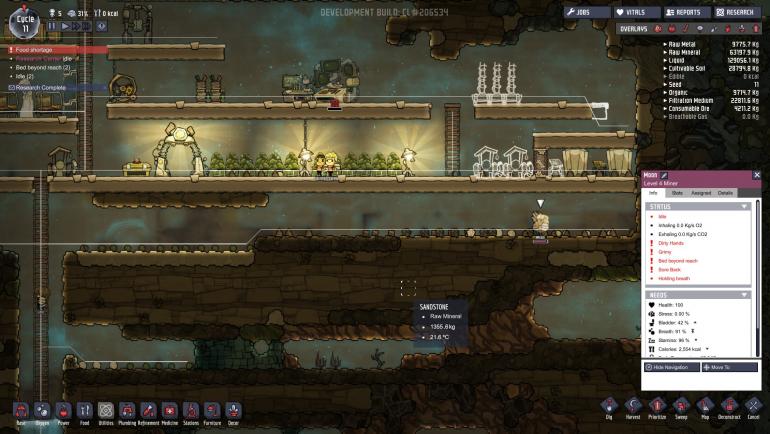 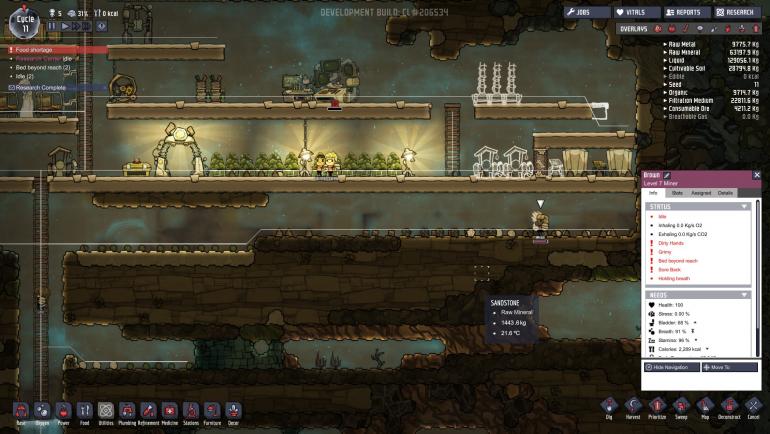 Steps to Reproduce
I seem to recall they had both been digging tiles that were underneath them at the time to make that ground flat, but I can't be certain.
Followers 0
Go to bugs