Hello! I was trying to set up a water pump for a lavatory. After a few cycles of having that set to highest priority, I noticed that it wasn't getting done. They made the pump, but my dupes don't seem to want to go in the water. I canceled some of the jobs and replaced them, and the dupes would come in, build a couple pipes, and then never come back. I kept doing this until all I had left to build was a tile...but even replacing that job, they wouldn't go to it. There wasn't any warning of not being able to reach the block, and I definitely had plenty of resources.

I imagine it would have been fine if I just put my pipe entry point closer to the ladder, but still, they should have been going there to work on it, but instead they chose to work on all of the lower priority jobs.

If you need a save file or anything, let me know, and let me know where to find it and I'll get it for you. I will be reloading the game to see if a restart settles the issue. 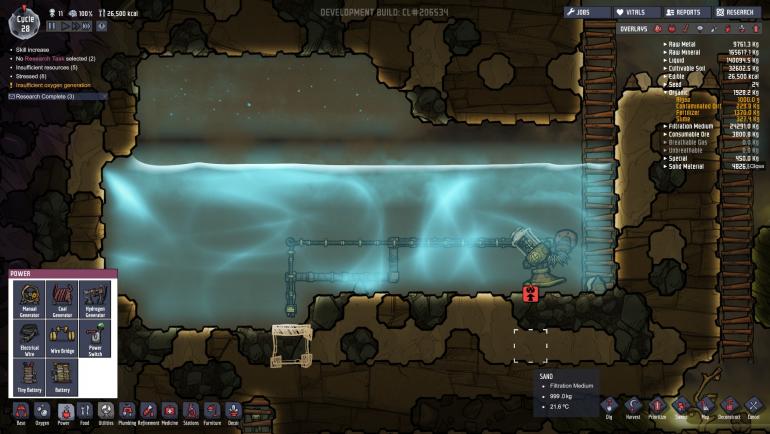 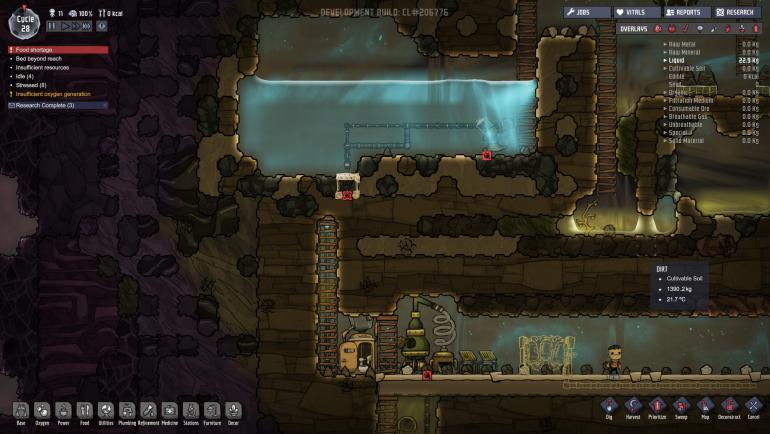 Steps to Reproduce
Build water pump underwater. Try to build pipes and electrical wire through the water to a further point from the ladder. (Pics Provided).
Followers 0
Go to bugs