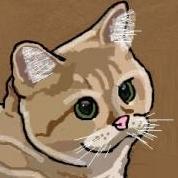 Tiny graphical bug: the destroyed planet in space background has its screen position updated only on active game tick, but its position is view dependent.

As a result, planet doesn't move from its absolute (non-view-dependent) position during pause, but snaps to its view dependent position as soon as game is unpaused.

For example, if planet is in the middle of the screen, pausing and then moving up will "move" it to the bottom of the screen. On unpause, it will re-center.

Steps to Reproduce
Look at the space. Wait for the destroyed planet to move into view. Pause the game. Move the camera. Notice that the planet didn't move. Unpause the game. The planet will visibly jump.
Sign in to follow this
Followers 0
Go to bugs