Debris not exchanging heat at all

I had this igneous rock debris (from minor volcano) sitting on a metal tile, in super coolant for 2 cycles without losing 0.1 degree. 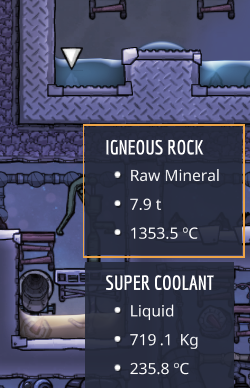 I saved the game, quit to menu and then resumed the colony. After that, it started exchanging heat again.  That setup worked for at least 50 cycles in previous version without anything similar happening.

I reproduced it at a different place in the same game later on. 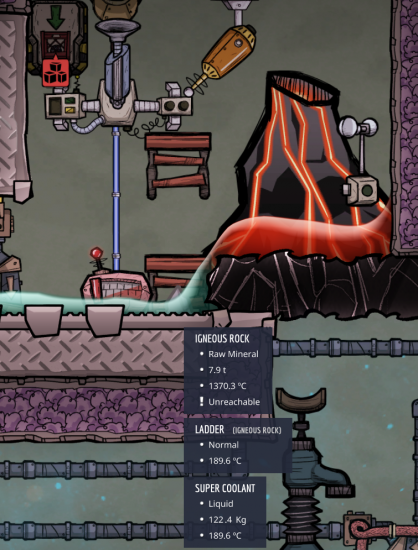 Since I was looking at it when it occurred, I can speculate a bit more.  The heat exchange seemed to stop just as the supercoolant was about to boil.  So I guess the issue might lie when 2 liquid encounter each other, causing 1 to solidify and the other one to boil.

(That, or you guys implemented some leidenfrost effect

Steps to Reproduce
Possibly caused by 2 liquid being in contact, resulting in 1 solidifying and the other one boiling.
Sign in to follow this
Followers 0
Go to bugs