This has been reported before mostly for Sieves, but I've seen the same bug happen with CO2 skimmers so it seems like it might happen in any building that uses material temperatures.

Sometimes, but not always, the input or output temperature of materials in the machines doesn't update correctly. I suspect it might have something to do with the game update/tick rate since I've seen erroneous temperatures persist until I change the game speed and then it sorts itself out.

In the attached screenshots, I managed to get two different versions of the bug:

For the CO2 skimmers, I've had a skimmer with 70C input water have water output at nearly -40C skimming -40C CO2, even though the temperature of the water should barely change. In that case it seemed that since the skimmer had been offline for a while the first few packets of water entering were being cooled by the mass of the building before it heated to 'running' temperature and that extra low output temperature was the one that got stuck. 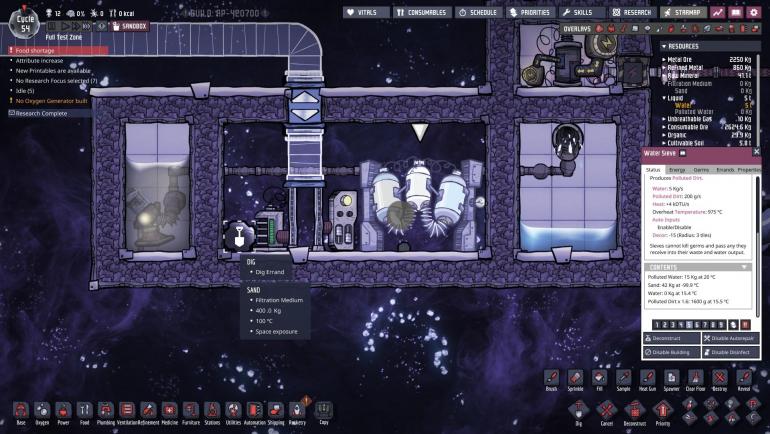 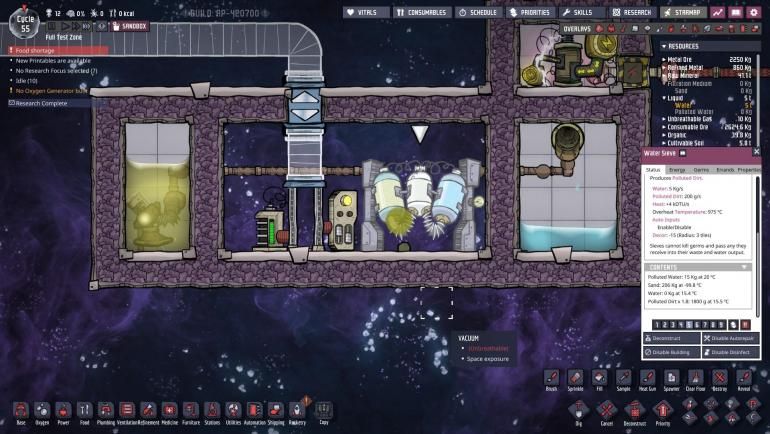 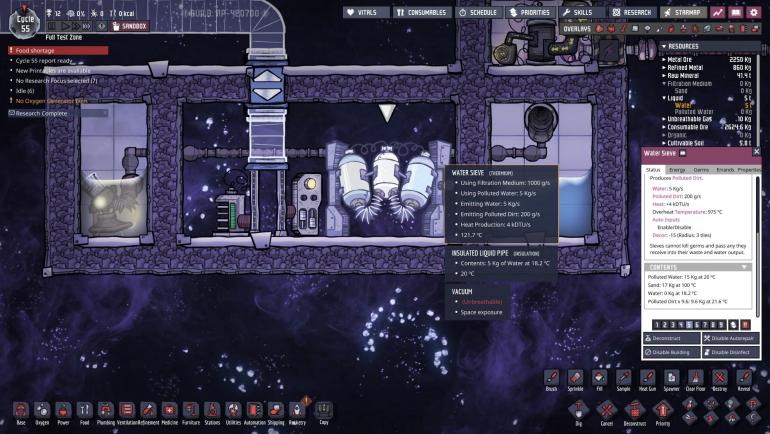 
Change the temperature of a buildings input materials (or the building itself), possibly at high game speed.