Bugs that could be features! 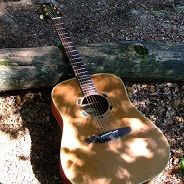 Hey there! I'm not reporting a new bug but maybe have a solution for several bugs that would turn them into new gameplay features!

Possible solution: Add the properties of a liquid vent to the water purifier that spills everything out which it doesn't please rather than destroying it will cause a mess, give u visual feedback  that there is something wrong and needs new ways to handle things if u have no valve available yet!

Ok, this isn't really a bug but its a wierd thing and could be solved the exact same way! Adding the ability to spill out contaminated water when the "sever pipe system" is overloaded gives u visual feedback whats going wrong and the player gets challenged to build proper pipes or has to clean up a mess after every shower (as do i^^)

Different Bug, same solution, but with gas vent! Since u are already working on this fix, maybe the other things are easy to fix after that one?

Not sure what's happening here. Though whenever u build an invalid pipe system where liquids or gases have no where to go they should be vented out the same way!

Summary: Maybe its just me but this sounds a lot like a dynamic pipe system that punishes every mistake in a proper way to me! But do your thing i love u anyway Klei