It's a minor display issue with the sprites used to show the transition between swamp and space (vaccuum) tiles. The sprite seems to be too small or shifted by about 1-2 pixels; just enough to see the space background when the tile transition is going up, right, or upper right. When the transition is to the left or upper left, I can see a white line along where the tiles should meet. It is more or less noticeable depending on the zoom level. There is an aliasing effect as I change the zoom level from minimum (zoomed in) to max. At zoomed in, the lines come and go, but at zoomed out, they're present almost consistently no matter what I'm doing. I run with AA off as I do have a lower end system. I've not noticed this before with the transitions of any other biomes previously. (First time that I recall that I've pushed up through anything other than Frozen biomes.)

I don't know if the issue is strictly because I do run AA off, and it's not something that can be easily corrected, or if it's something the 3D or art team can touch up and fix to make the game look just a little bit better. 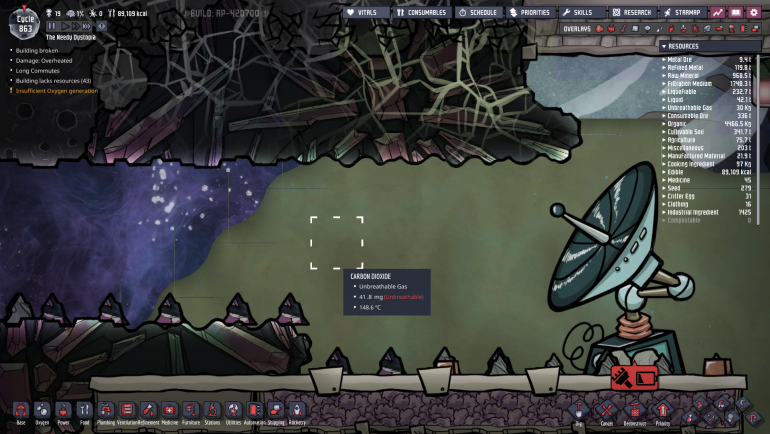 
Seems to be consistent no matter when I'm playing, showing up with a freshly loaded game.