Shadow creatures in ruins - Don't Starve: Shipwrecked - Klei Entertainment Forums Jump to content
Chester is Back for the Klei Krampus Sale!
Sign in to follow this
Followers 2

As I know, you shouldn't be able to encounter shadow creatures with full sanity, in calm phase in ruins.

While there is no nightmare or dawn phase going on, shadow creatures still can be encountered, and quite often. 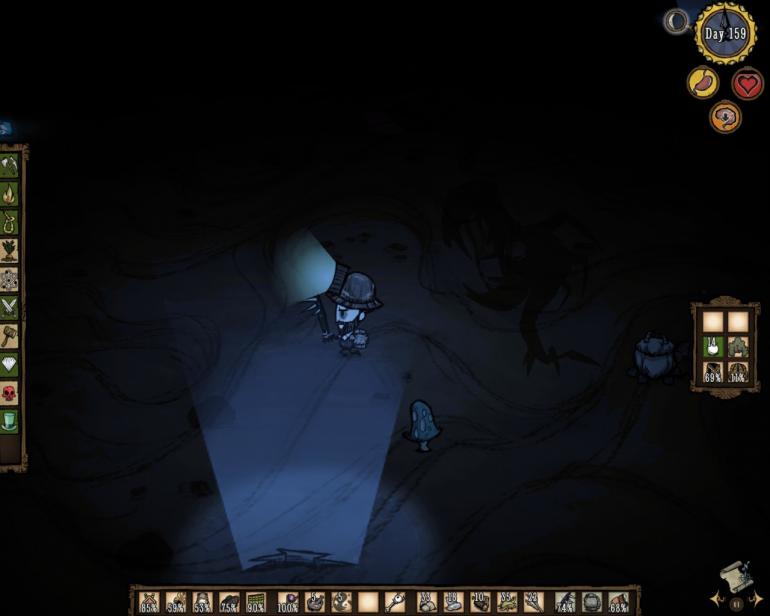 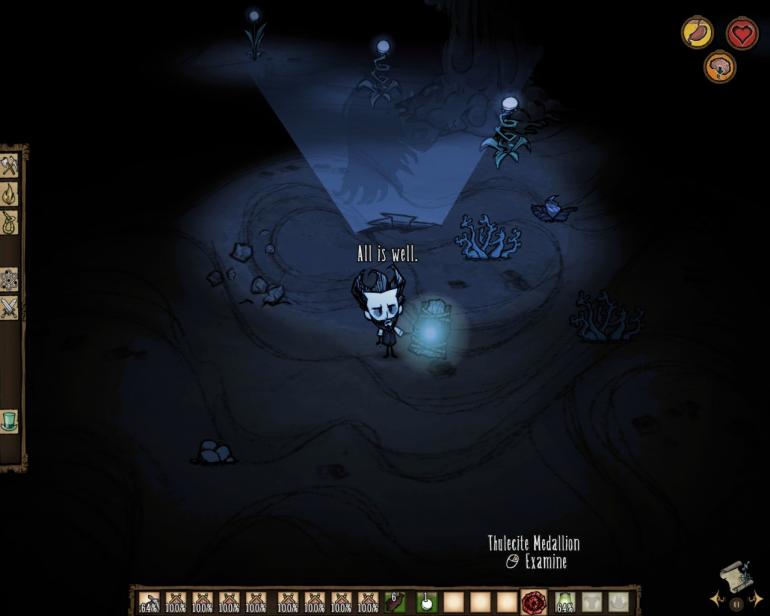 Steps to Reproduce
1) Start RoG world and enter ruins. 2) On calm phase exit ruins and go to caves. 3) After 10 minutes when another calm phase begins, enter ruins again. 4) Fissures will open and medallion will turn red but characters inspecting it will say "all is well". At this point shadow creatures can spawn from opened fissures, despite being calm phase. Restarting game will close all opened fissures.
Sign in to follow this
Followers 2
Go to bugs