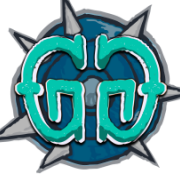 I'm not entirely sure what all of this is a bug and what is intended behavior. But I figured out on stream the other day that the beefalo skins are not saved if you switch characters at any point on a DST world.

At this point you lose the Ironclad you had previously unlocked and are given a random skin set as if you were a new character. But there is more:

5 - Switch Back to the original Character A

Also here is a highlight from my stream recently of me testing this out in a brand new world so the dev's can see it in action:
Twitch Highlight