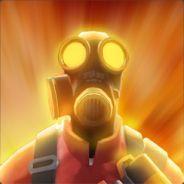 Specifically, walking near a Killer Bee Hive sics hostile Killer Bees on Wormwood, even though the released Killer Bees themselves are neutral. This seems to be because Killer Bee Hives are technically not bees, but are still "hostile," and Wormwood's neutral state doesn't apply to them. The Killer Bees inherit their target from the Hive, bypassing their neutrality and causing them to be hostile towards Wormwood.

This does not seem to be any more of a bug than the Bees themselves, but it still feels like an oversight since the bees being inside their Hive shouldn't make them more hostile to Wormwood.

Enter near proximity to a Killer Bee hive

You will then be attacked by Killer Bees, who behave as if they had been aggro'd normally (such as by catching another Bee with a Bug Net)