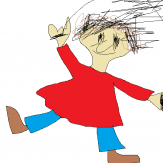 So, I was playing as webber and as usual, pigmen would rush and spank me to death because I was a spider. I got bored after a while, and exited and decided to play as wolfgang. When I got back to the pig village as wolfgang, they were all still hostile.

I logged of steam and got the game up exited out and got it back up, and still, they would still attack me.

Can you fix this.

Steps to Reproduce
I was just webber and I was running around the pig village, quit, and became Wolfgang, and still happened. One of my friends tried and he couldn't get the same glitch as me.
Sign in to follow this
Followers 0
Go to bugs