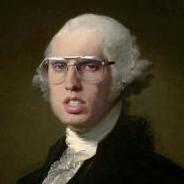 At first I thought the item was designed to be terrible in combat since one of the memes of this game is items that don't actually improve quality-of-life.

I recently saw in a video someone using it as a weapon with similar range to a boomerang. Makes sense; the first sentence on the wiki claims it to be a ranged weapon, and the whole idea seems to be the solo player's answer to mob swarms being the only source of crowd damage.

In practice, on PS4 at least though I suspect other consoles as well, it is effectively a terrible melee weapon. The spell range is so small the prompt to perform a melee comes up before the spell. You have to be standing in front of an enemy to use the spell since it can't be blind-fired. This makes it useless for actually dealing with groups as standing directly in front of a swarm of enemies hoping the spell prompt appears, and actually having time to cast the spell that won't even prevent them from swarming you means instant death. What's more insulting is trees etc seem to have targeting priority for the spell also.

tl;dr pc has a useful ranged variant and consoles have just an expensive melee weapon that sucks in combat