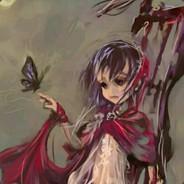 1. Celestial Champion in phase 1 & 3 would have higher change to attack bird/salamander/abigail than to attack players, even those mobs & abigail never attacked Champion.

2. Celestial Champion's [Rolling attack] in phase 1 would turn it's direction immediately when it attacked abigail (or a non-player mob?) --- this makes phase 1 Champion would kill LV3 abigail easily with [Rolling attack] by 4 times uninterruptly direction turning.

3. When Celestial Champion in phase 1 moving to a character by initialize it's [Rolling attack], if the character riding a beefalo, both he/she is pressed by the moving champion, he would have a chance to lose control - at this time that player can't move to any direction by holding keyboard, he/she could only see and wait a hit from [Rolling attack].

3. Go fight Celestial Champion phase 1 by riding a beefalo, when the fight start, go close the Champion as possible as u can and just try holding move key when the Champion toward u for initialize it's [rolling attack]. u have a chance to lose all your control from keyboard.