Some suggestions and opinions 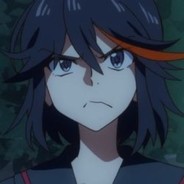 By Mitsuparker,
November 19, 2018 in [Don't Starve] Suggestions and Feedback