Ideas for beefalo and other rideable creatures 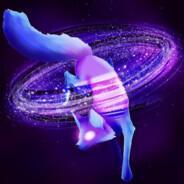 By Jinjetica,
July 15 in [Don't Starve Together] Suggestions and Feedback