Character idea: Ally to the moon 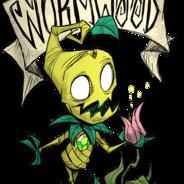 By Marma63,
January 30 in [Don't Starve Together] Suggestions and Feedback