Some ideas I had for a Wortox skin and a WX-78 refresh ! 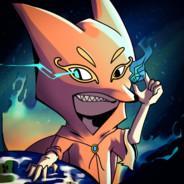 By Lewnite,
August 22, 2021 in [Don't Starve Together] General Discussion