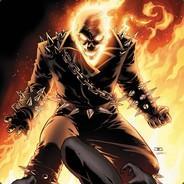 Thoughts about the Webber Rework (+ some extra ideas)

By HumanoidCreatur, June 20, 2021 in [Don't Starve Together] Suggestions and Feedback