Small number of objects on the starmap. And rover bot. 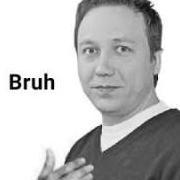 By Aigurin,
December 5, 2020 in [Oxygen Not Included: Spaced Out!] - Suggestions and Feedback