Worlds don't save, people can't join them either 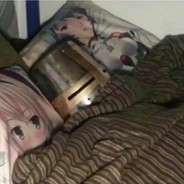 By IstoryWithAnH,
March 3, 2020 in [Don't Starve Together] General Discussion