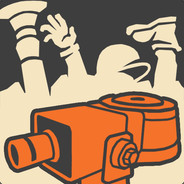 F in chat for Warbucks