Worlds not saving my inventory, and deleting my map (RESOLVED) 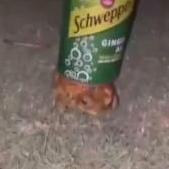 So me and my brother decided to start a new dst world after the waterlogged update, and when I made my brother sign in (we play offline) he was greeted with the end user license agreement. This was expected since our hard drive malfunctioned and deleted everything on it, we haven't played dst since that happened a week ago. When we accept it and start a new world. We can join and collect stuff fine. When I leave the world and make my brother sign in again. He is greeted with the end user license agreement again. And when we join the world, he has to pick a character again, and all of his stuff is deleted, and his map is gone. None of these things happen to me. And he cant join dst from his own account. Is this a bug with the new update? Or is it something with my playstation?

I have already tried uninstalling and reinstalling, and that didnt work. What should I do next?

Edit: The problem was on my end, it fixed itself after a day idk how

Get a player 2 to join

Make a world and collect anything

Rejoin world and you will find nothing