Using the CTRL+1 through CTRL+0 hotkeys to set a screen-position hotkey on one asteroid and using the corresponding SHIFT+1 through SHIFT+0 hotkeys on a different one do not work as expected.

Admittedly, it's not immediately clear if these hotkeys should be asteroid-specific in the future or unique across all of them, but I'm pretty sure the current behavior is unintended.

Example #1:  a position on the first asteroid

CTRL+0 was used to save this screen position on my first asteroid, "Smellito".

A map overview (thanks to ALT+S): 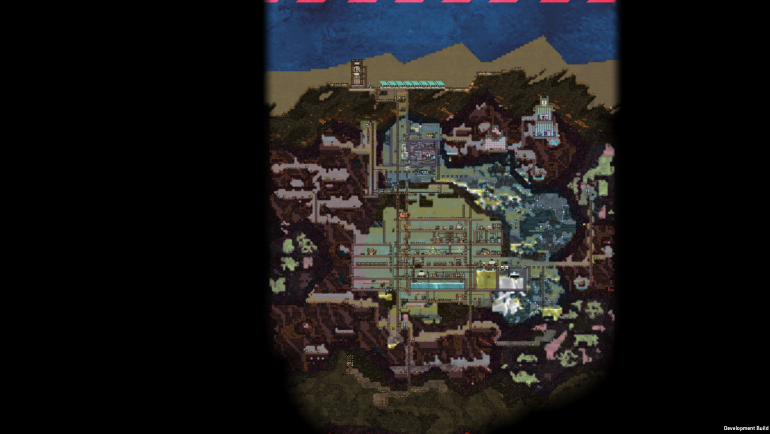 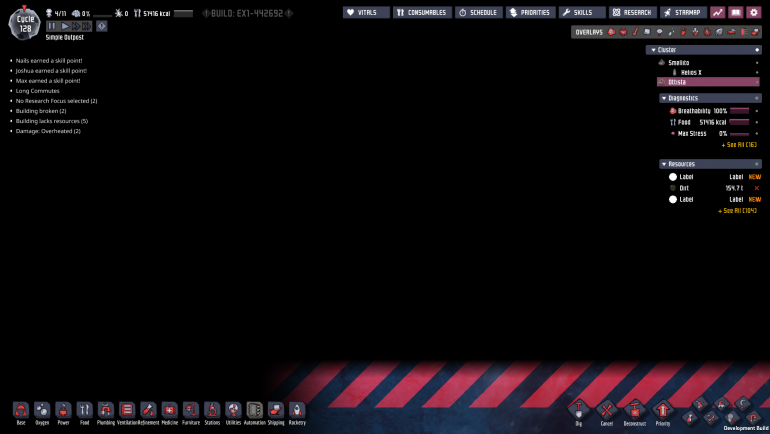 If I press SHIFT+0 in ALT+S mode, the view will be centered far, far off-screen.  The image below is what I saw on my best attempt to keep the mouse cursor at the exact center that results from ALT+S -> SHIFT+0, then zooming out until the actual map is in view.  (No intentional left-right or up-down scrolling.) 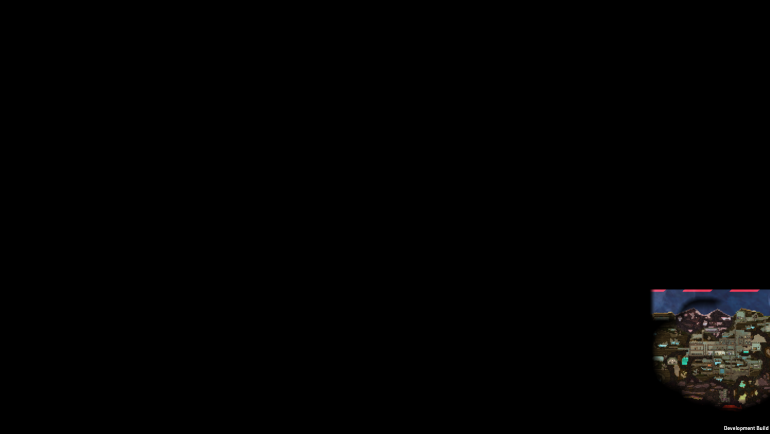 Example 2: a position on the second asteroid

CTRL+1 was used here on my second asteroid, "Ottista". 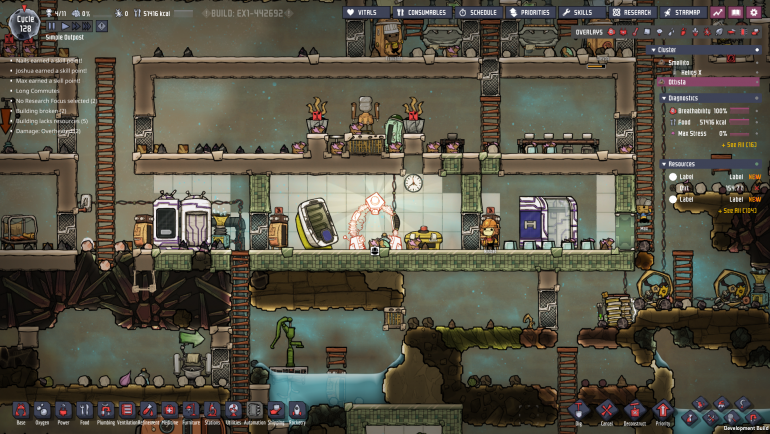 A zoomed-out map of "Ottista": 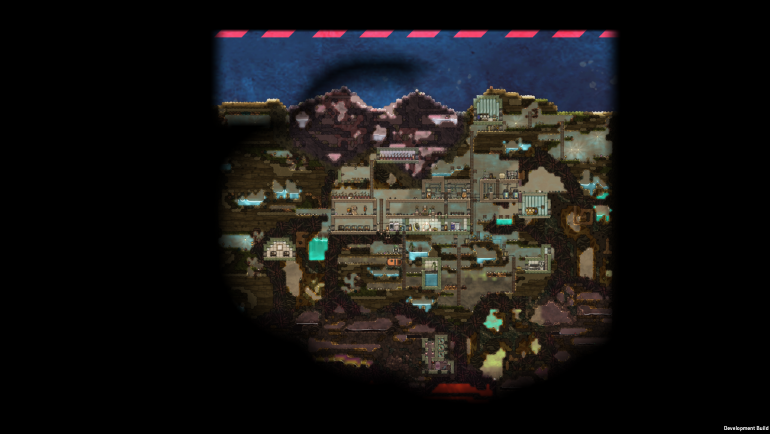 The result of using SHIFT+0 on the first asteroid, "Smellito":

Comparing this against Smellito's map, this is just above the edge of the... uh... "cooled magma" (?) biome on the starting asteroid, near the bottom-right corner.

Using ALT+S -> SHIFT+1, centering the cursor and then zooming out (like before): 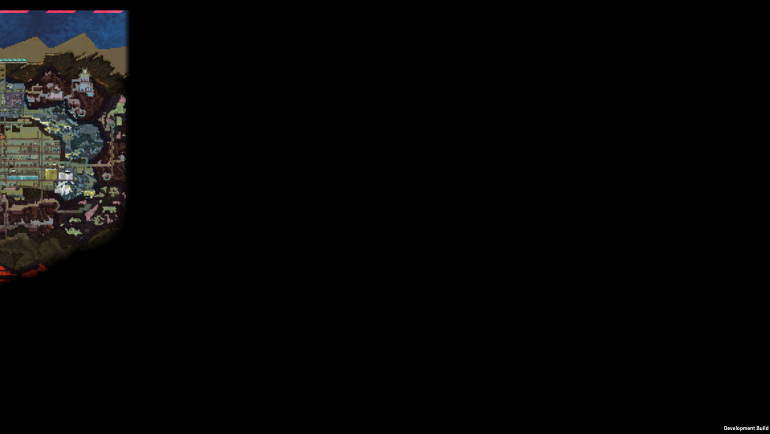 One more fun thing:  this time, I dropped ALT+S while zoomed out and noticed something quite interesting.  This is from very shortly after a file reload, before all the notifications stabilize: 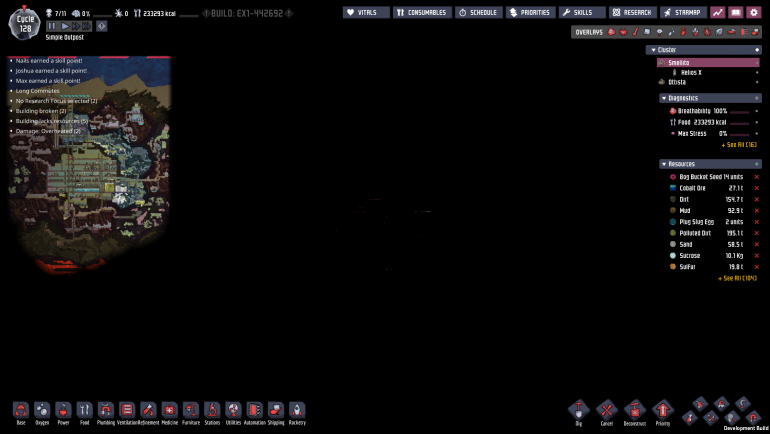 There are small notification symbols visible in the blacked-out area... and they line up with those from the second base!

The attached save file has these hotkeys set, so feel free to verify the behavior for yourselves.