So... I was changing some of my insulated piping to normal piping while the game was paused, I don't think I was doing much out of the ordinary, just flicking between views. And then the game crashed and this popped up: 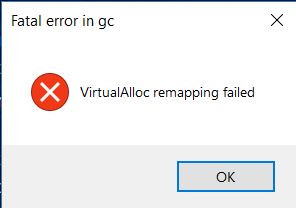 The game music kept playing in the background but I had to wrangle with the Task Manager to actually stop the game to be able to re-run it.

The save file's here:

Steps to Reproduce
Replacing some insulated piping with regular one. The game crashed.