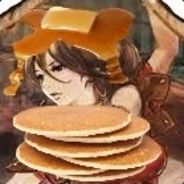 Duplicants with assigned jobs would occasionally take off their hats and head to the jobs board and put them back on. I have no footage of this instance and if anyone could get some for me I would be grateful.

Steps to Reproduce
Many of these bugs happened randomly or always happen to me. The hairstyle bug typically occurs when looking at a faraway area and quickly looking back at the cots. Other bugs described will be a tutorial in and of themselves.
Sign in to follow this
Followers 1
Go to bugs