Version - Dev Build: CL#TU-210489
Problems: 2 (pics included)
#1 - When making a new game file, the New Crew Selection screen has pink/purple-colored duplicants that don't have any animations (like deep breathing, bouncing around, etc).
#2 - After hitting 'Embark' to load the map, the screen goes completely black (aside from the dev build code at the top) and nothing happens. No sounds at all. Left it open for 10 minutes and no change. Tried commands/hotkeys with no results.

Side Notes:
When uninstalling and re-installing the previous version, the game works just fine with none of the above problems. 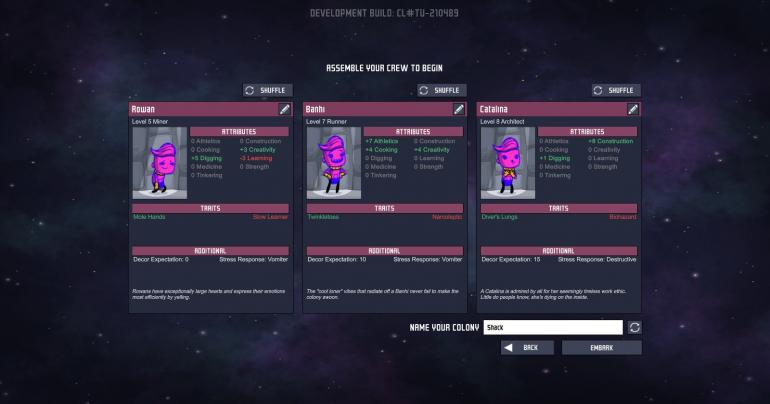 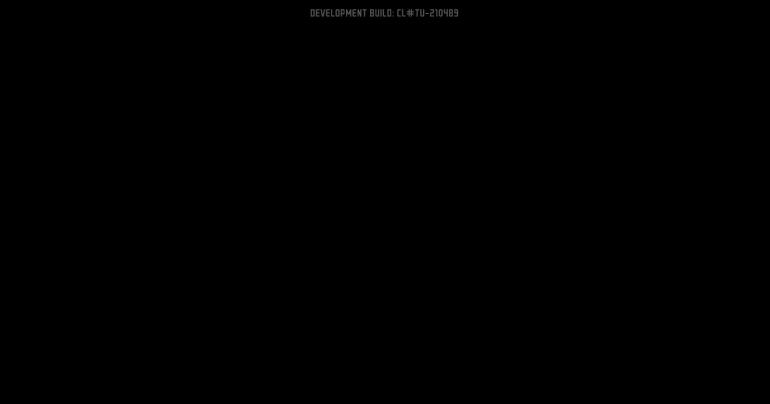