Mods will not download in ONI when using Linux Mint 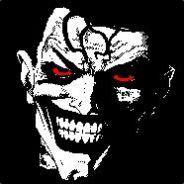 My mods wont download no matter what I do to get them installed. I'm using Linux Mint 20.2 x86_64 and Kernel 5.11.0-37-generic while running it through steam. I'm not running it through Proton, I'm using the Linux variant. I don't have the DLC. I haven't played the game in more than a year and thought I'd give it a try. It installed and launched but none of the mods will download. I've tried to reinstall it, no change. I've checked the integrity of the files, no change. I've looked through the directory for the mod folder and added the mods manually after downloading them directly from Steam, they still will not show up in the Mods list. I've deleted the mods folder so it can be recreated, still no change. I've checked to make sure I'm using current versions of the Mods, I am. I've even subscribed to new items to see if those show up, they don't.

In steam, after I launch the game and then quit, steam will constantly show download attempts that fail after a second. Then after several failures the update will go into waiting for five minutes, but they'll never download. I've checked my firewall and made sure steam and ONI have a clear opening. I've even shut off my firewall and there is no difference. I made sure it wasn't my VPN, I turned that off. I've even tried setting my location to various spots around the world in Steam and there is still no difference. I considered if my desktop is the cause so I switched from XFCE to Mate and there was no change.

Other games are not affected, I've tested their mods and they show up and download like normal, ONI is the only Klei game I have and the only one affected in this way.


I've opened other games and had no problems with mod management.

I don't own any other computers to use, and loading it in another OS isn't an option.