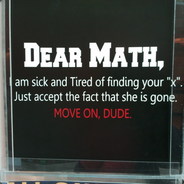 When trying to open the menu to save the game, the game stopped responding then crashed. The game had been working fairly well up to that point, with only minor lag when tons of things happened at once. This is fairly common for my computer though since it isn't top of the line or anything. The crash however has now happened three times while trying to get to the menu to save. I really don't think I did anything that should trigger the game to fail and shut down so the ball is in your court.

Even with the crashing, I love this game to bits! I am starting to get a tiny bit addicted, oh well gives me something to do during the rainy days. I hope y'all can fix the issue and get the game to let me save all the time, instead of just sometimes. Either way this game is turning out awesome, keep up the good work.

Steps to Reproduce
I was just trying to get the menu up so I could save and then exit the game. I there was anything else that was contributing.
Followers 0
Go to bugs