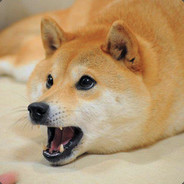 When a dupe's animation of thinking of a job and choosing an hat is interrupted, the dupe will still be working for that job, but will not being wearing the hat symbolizing the job.

My bug occurred when my dupe was mining, I then choose a job for him which cause him to do the "thinking of a job" animation. While mining though, he released a hatch which started to attack, causing his thinking animation to stop prematurely before placing a hat on his head. He now runs around doing his job without the hat that symbolizes his job.

Steps to Reproduce
make dupe mine. when mining, find a hatch, quickly pause and choose a job for a dupe so he can do the "thinking of job" animation. allow hatch to attack dupe causing a interruption to his animation. bug should occur.
Sign in to follow this
Followers 0
Go to bugs