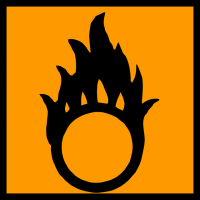 3a. Click / drag on tiles to create priority 7 mop orders.

4a. Everything works as expected; intuitive and functional.

2b. Press "7" (or any other number to select priority)

3b. The priority remains set to "5", and the game opens the "refinement" build menu instead.

4b. Clicking and dragging will now create priority 5 deconstruct orders (instead of the intended 7).

Three of the tools ("mop", "move into storage" and "set building priority") work correctly, while the other four ("harvest", "attack", "capture", "empty pipe") open a different menu instead of setting the priority.

Part of the reason for this inconsistency (coded by different people?) might be related to the fact that there are no separate shortcuts for priority levels and "plan" windows (in fact, rebinding the "plans" keys alters the priority shortcuts as well - what a mess).

Considering there's no way to pick the actual plan with the keyboard after opening the plan windows, it seems pointless to even have a shortcut to open those plan windows in the first place. Number keys should always select the current tool's priority, consistently across all tools.

Separate shortcuts (ex., alt+number) could be added to open the plans menus, hopefully with  some way to actually select the specific plan afterwards (ex., using the arrow keys).