So today I resumed my old game, played for about a cycle and it just crashed when morning came. I tried loading the autosave for that new day but it shows me the character choosinf screen as if I'm trying to start a new game. I loaded the old save file before the crash and the same story happened. I tried again and I think I went through 2 cycles this time before it crashed. I sent reports on all of these crashes.

After that I decided to start a new game, since the old one wasn't working properly and that colony was rubbish anyway, but now the game crashes after it goes to 100% during creation of a new asteroid. I can't send a report on this crash, because the game closes comlpetely. I tried reinstalling the game, but it didn't help. I managed to snap a screenshot of the error before it crashed to windows. And when I tried to resume the game I played before it crashed the same way. 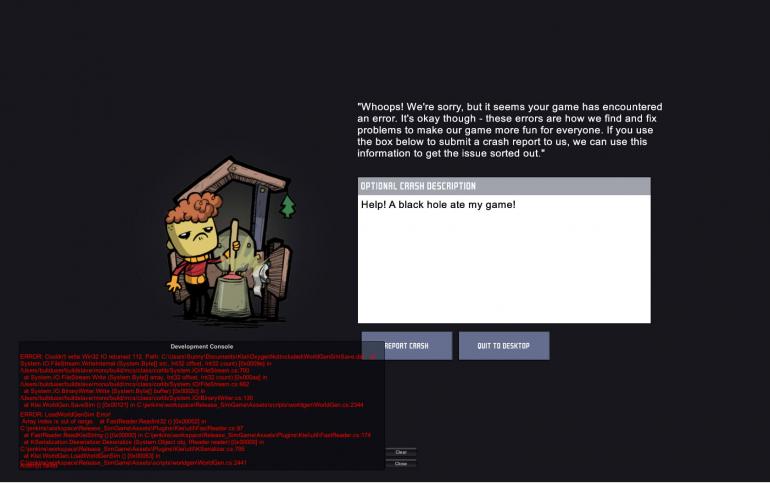 Steps to Reproduce
Random crash after resuming the game. Loading the autosave file right before the crash (leads to characters screen). Starting a new game.
Followers 0
Go to bugs