"Fog of War" can be made irrelevant by fast camera controls. - Oxygen Not Included - Klei Entertainment Forums Jump to content
Sign in to follow this
Followers 1

"Fog of War" can be made irrelevant by fast camera controls.

The fog is supposed to block your vision, so you don't know what is around you until you dig in that direction. However, if you move the camera around rapidly, the game doesn't render the fog for a frame or two on the "new area" that you've just scrolled into.

EDIT: This only works if you scroll Upwards or to the Right. Down and Left work as intended

EDIT 2: This seems to work best if the colony has just started. Even a couple of minutes in the revealed sections become smaller.

fog of war oxygen not included.mp4 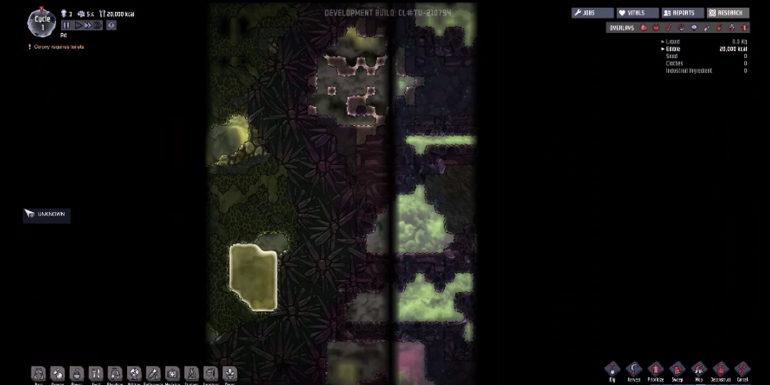 Steps to Reproduce
Hold right click or middle mouse button to control the camera, and then quickly scroll into the black fog.
Sign in to follow this
Followers 1
Go to bugs