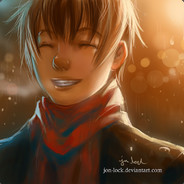 First Issue, my Dup got stuck grasping to an Algae Deoxydizer somehow. Then I deleted  it and he was still stuck in midair and wouldn't move! I ended up being able to get him down by building a block under him and deleting it (it bumped him up a tile) before he starved.

Second Issue, Just a graphical bug, went down the entire side of the map and through different zones.

Third issue I mentioned before, I ended up having to move the filtration system to a different area for them to add sand. 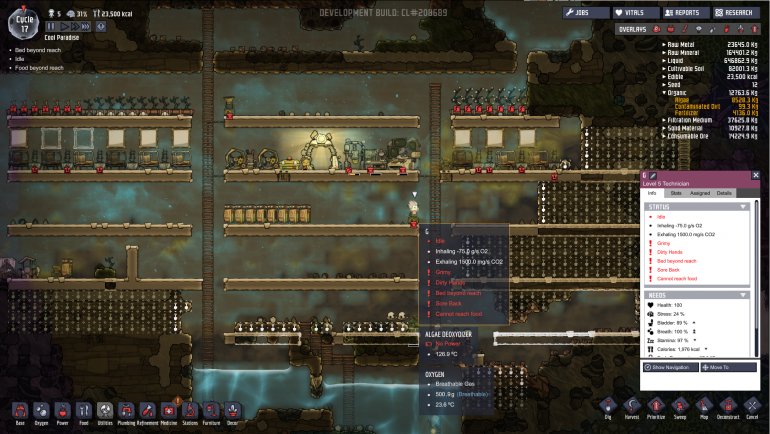 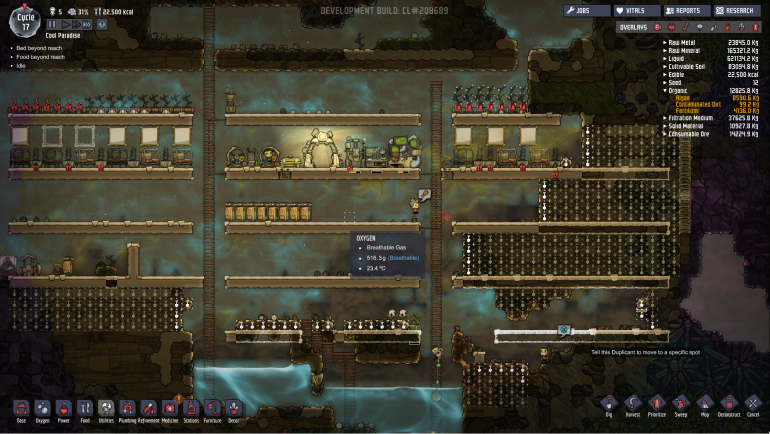 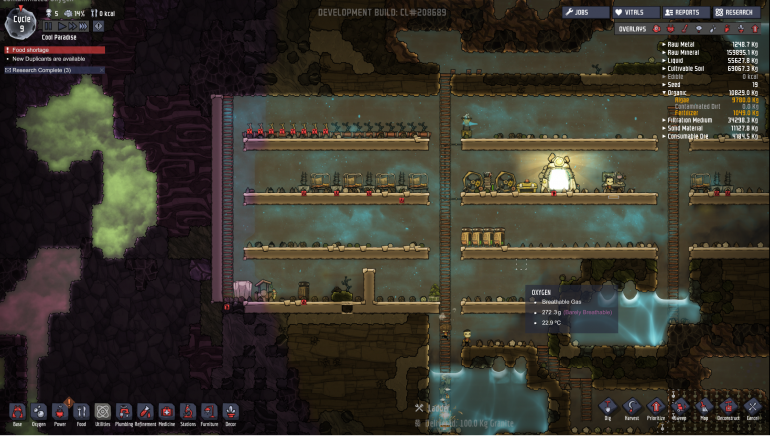 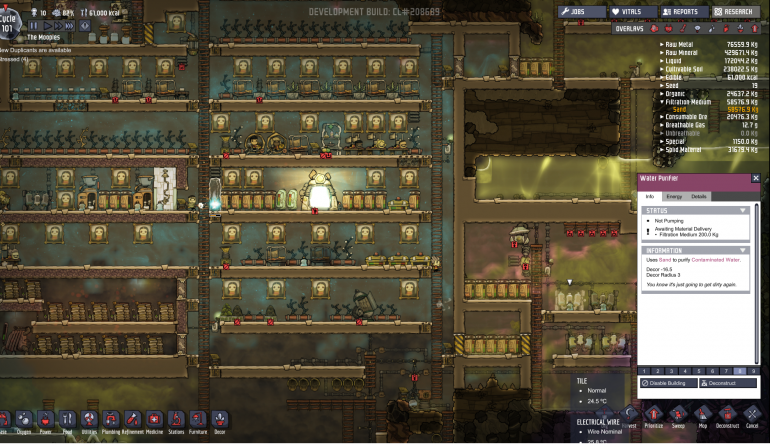 Steps to Reproduce
Unsure of how to recreate these glitches, and since the new patch is coming out i'll have to just play until I see them again to figure it out.
Sign in to follow this
Followers 1
Go to bugs